Some time in 1933, a group of young women were escorted to the Green Theater in downtown Anoka to compete for the Miss Anoka title. Ed O’Connell, a local and prominent businessman, is said to have been in charge of the event, which during the days of the Depression, amounted to just one evening under the spotlight for one lucky young woman. The spotlight that evening in Anoka belonged to 17-year-old Ruth Herbold, the daughter of a minister and a nurse’s aide. In 1987, Ruth Herbold Moore fondly recalled that she and the other candidates ‘congregated at Green Theater, walked across the stage and that was about it, really.’ She doesn’t recall going to any parades or festivals. The only reminder she had was a loving cup in which Ruth’s name was inscribed along with Miss Anoka 1933. It’s a small silver cup resting on a plastic stand.

Because of the Depression and the war years Miss Anoka pageant did not take place until 1947 when her 6-year old daughter was crowned Miss Anoka 1947.

– Taken from a 1987 Article in The Anoka County Union

Before there was the Anoka Halloween Royal Ambassador Program, Anoka crowned one young lady as Miss Anoka each year, a queen with two Princesses.

In 2002, the program changed to crown three Royal Ambassadors. 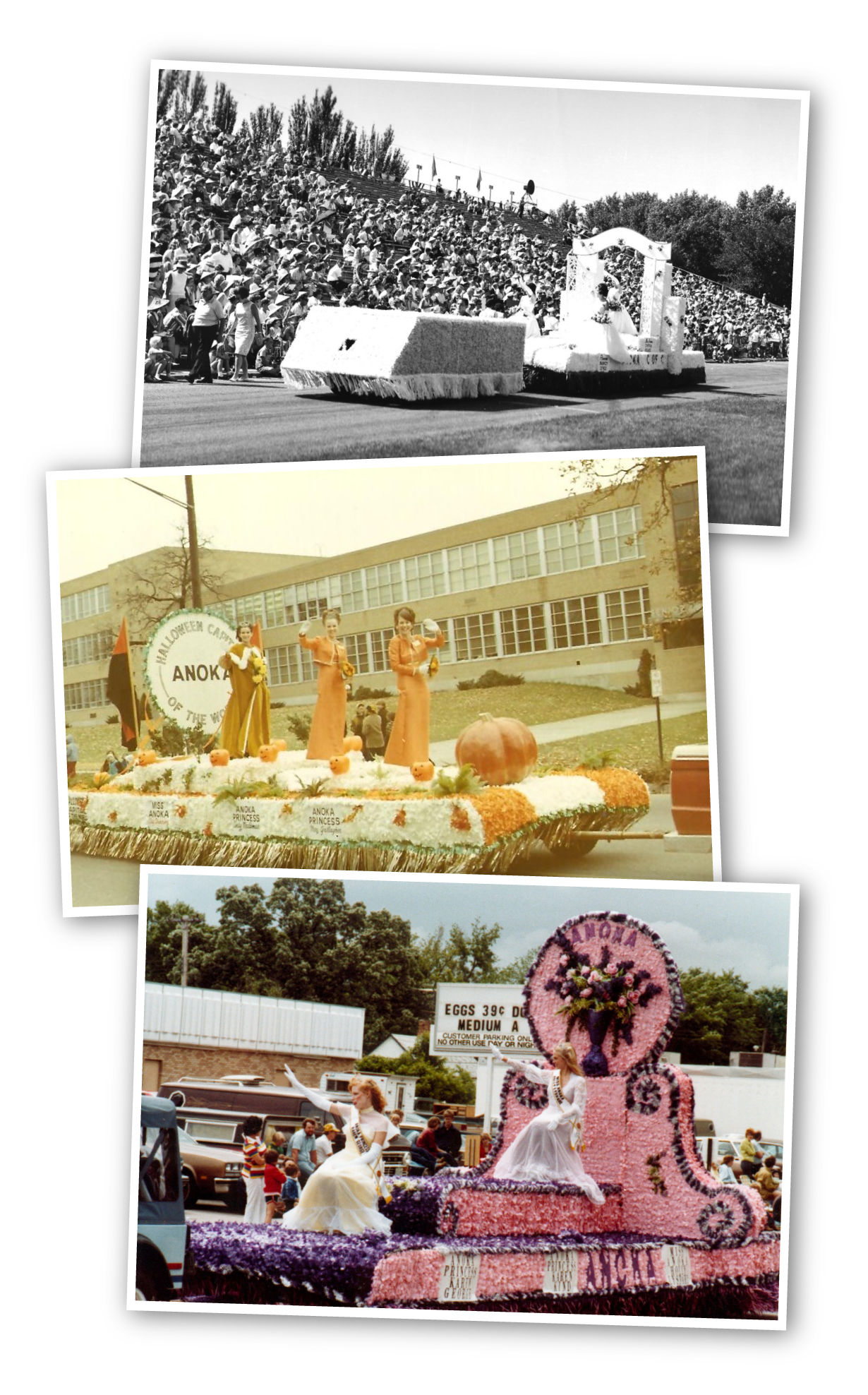 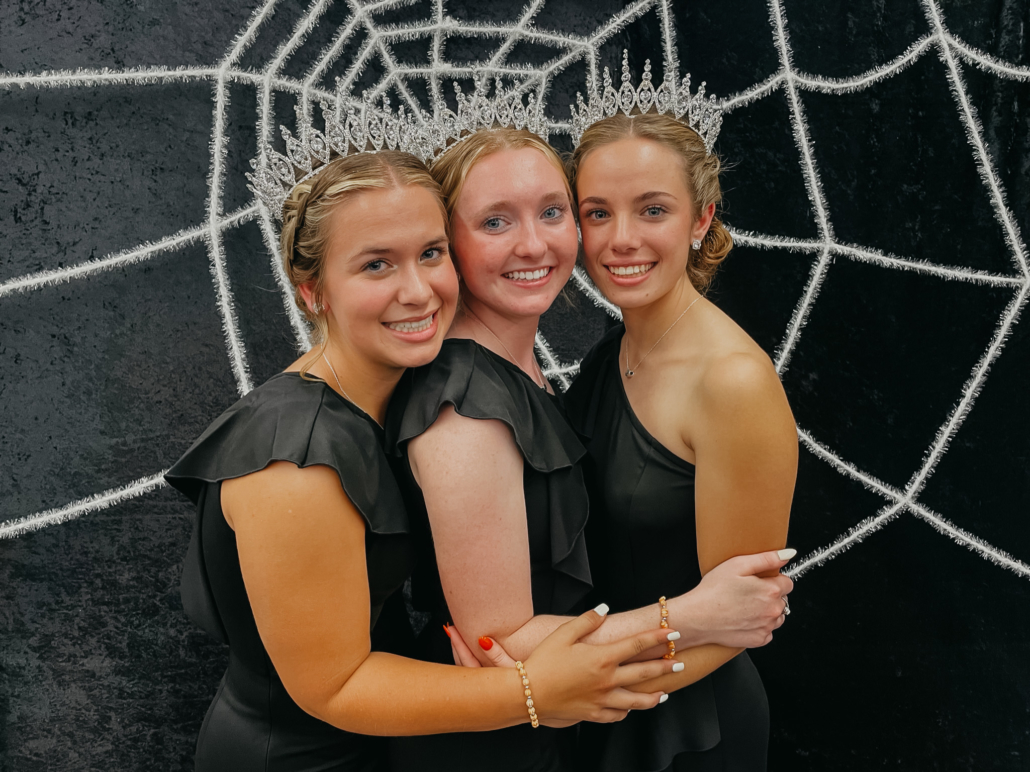 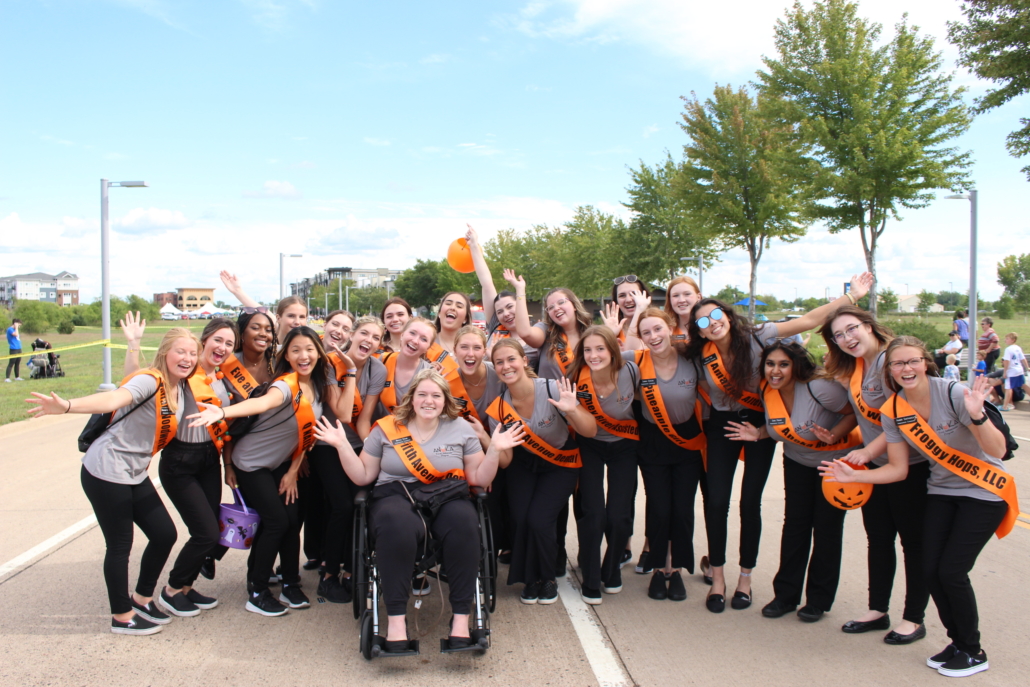 Link to: PAST ROYALTY 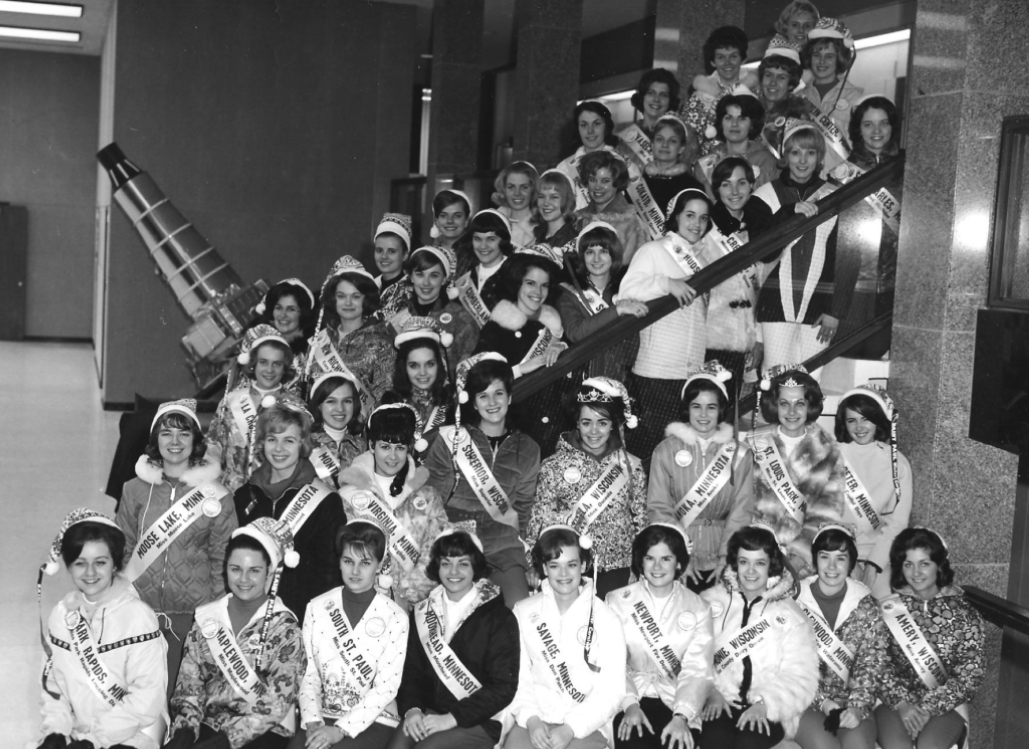 The Royal Ambassador Program supports the growth and development of young women in Anoka through scholarship, achievement, and grace. The program has the following goals:

To foster
a positive growth experience for all young women.

To create
high self-confidence and self-esteem.

To create
lasting relationships with the community, local businesses, and the Halloween Committee.

To promote
educational success through scholarship.

For more information about the Ambassador Program, or to request an ambassador appearance at an upcoming event, contact: Megan Wells & Taryn Ladyka |  Program Coordinators  •  AnokaRoyalty@gmail.com

ABOUT US EVENT CALENDAR

For more information about the Ambassador Program, or to request an ambassador appearance at an upcoming event, contact:
Megan Wells & Taryn Ladyka  |  Program Coordinators  • AnokaRoyalty@gmail.com